A Cabin the PNW Woods

It’s a familiar story. Two friends decide to build a cabin in the woods where they can get away from desk jobs and spend time away from the city. These stories often cover the same territory: the dream runs headlong into reality. The story below is no different, but has a happier ending.

In Outside magazine, Bryan Schatz and Patrick Hutchison tell their story of building a cabin from scratch on the slopes of the Cascade Mountains outside of Seattle. It’s called “We Quit Our Jobs to Build a Cabin—Everything Went Wrong (and it was Awesome)”

What I love about this article is that it’s about inexperience and things going off the rails. It’s about effort, strife, and pain. But what really stands out is how much they enjoyed the experience. To me, the magic in projects like this is the feeling, when the day is done, that you have put in the work and learned something new. As they write:

That night, exhausted but content, we jumped in the river and had a fire on its banks. We got good and drunk and temporarily forgot about the fact that we still had to cut and attach the rafters, build out the roof, install the door, finish the siding and windows, construct the kitchen and bathroom, put in the wood-burning stove, finish the loft, insulate and clad the walls, wire and plumb everything, never mind the finish tasks of trim, tile, light fixtures, and on and on.

We’re putting real work into on our house project, but most of it is being left to the professionals. We still return home sore and exhausted…and it’s awesome.

The article also contains a a delightful description of backwoods PNW personality:

One time, we were both on the roof when a guy known as Hermit Gary showed up. We’d only heard tales of him, and then one bright day, he emerged from a sea of ferns like a landlocked Poseidon. He wore sweatpants, no shirt, and earmuffs; he held a chainsaw running in his hands. Without saying a word to us, he started sawing a tree at the bottom of our property, which wouldn’t have been such a big deal except that it had grown to hold up a much larger, precariously situated tree that could have obliterated the cabin in one violent collapse. It took a full minute of our screaming before he finally heard us, looked up at the trees, said, “Oh…ha!” and went about his day somewhere else. Sometimes our cabin felt like a house of cards.

Thanks to Newley’s Notes for the pointer to this article.

← Previous: Just. One. Thing. Next: 12 Years of the BIG ENOUGH Perspective → 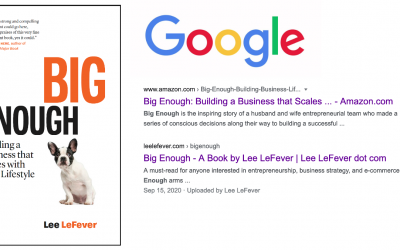 How BIG ENOUGH Made the Front Page of Google

At the beginning of 2020, the internet didn't know about a book called Big Enough. Further, my personal website, the future home of the book, had...

END_OF_DOCUMENT_TOKEN_TO_BE_REPLACED 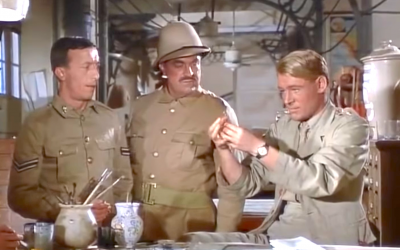 The Trick is Not Minding That It Hurts

A few years back, we watched the film Lawrence of Arabia (1962) and one scene has stuck with me ever since. In fact, I included a description of it...