Yahoo recently shared the news that, after 20 years, Yahoo! Groups is shutting down. It’s no big surprise, but seeing this news took me back to the early days of online communities and my job as an online community manager.

In 1999, I was fascinated with online communities and learned that a colleague at the company where I worked had set up an eGroups site for a small group of customers of the company. She showed me how it was working and I was so excited. I quickly started working with her on the site. Over time, I became the Online Community Manager and grew the community to have thousands of members, who were customers using the company’s software.

eGroups was bought by Yahoo! in 2000 and became Yahoo Groups. The discussion board/email list system worked most of the time for our communities, but there were bugs and issues. What I remember most was not having any way to get help or support. It was my job to make the community work and I had no one at Yahoo to ask for support. It drove me crazy. There was a Yahoo! Group set up for support issues, but it was rarely used by Yahoo employees. When they did show up, it was like a resurrection. I thought, “they live!”. But my hopes were usually dashed by them posting a message about features and not answering any questions.

We used Yahoo Groups for a couple of years before moving to Web Crossing, which was a paid and supported platform that I liked. After three years of being the online community manager, I left to start Common Craft in 2003. I felt like I had earned real experience doing a job that was about to become essential in a wide variety of companies. That was the plan for Common Craft: online community consulting.

Looking back, it’s easy to see what happened at Yahoo. Yahoo Groups was a free, popular, and well-used product that was mostly stable. But I’m sure it cost more to run than it produced with ads. To Yahoo, it was a cost center and they couldn’t afford or didn’t care enough about it to support and develop it. So, in my experience, it mostly languished and was used by people who just needed a free service and didn’t care about the issues.

Even in the context of all the frustrations with it, I’m thankful it existed when it did. It was a free resource that allowed me to cut my teeth in the online community management world and develop my own perspectives on how community technology should function.

← Previous: The Impossible Skyscraper Next: A Thud, Then a Gasp → 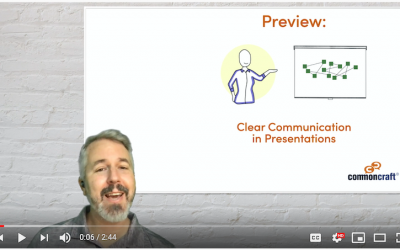 Since the pandemic, a new class of apps have been introduced that are designed to make videos and presentations more interesting. One of my...

END_OF_DOCUMENT_TOKEN_TO_BE_REPLACED 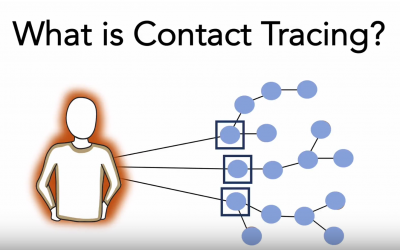 In the spring of 2020, the publish date of BIG ENOUGH was pushed to the fall and I suddenly had unexpected time on my hands. COVID-19 was declared a...

END_OF_DOCUMENT_TOKEN_TO_BE_REPLACED 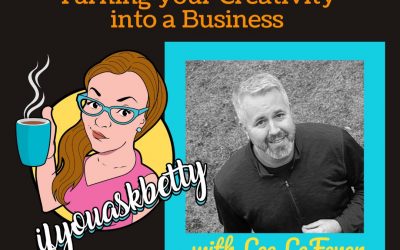 Podcast Interview: If You Ask Betty

Most of my interviews these days are focused on entrepreneurship and business, which is very much the subject of BIG ENOUGH. At the same time,...